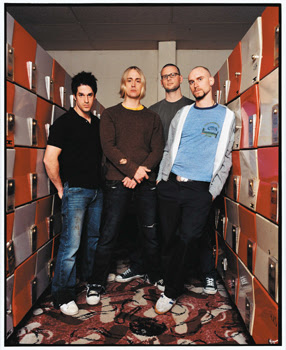 Spymob has disappeared off the face of the earth. They first broke onto the scene as the backup band for N.E.R.D., playing background on their amazing debut In Search Of. Spymob's debut disc Sitting Around Keeping Score, released on Pharrell's Star Trak label in 2004 was on of the best albums of the year. But due to inadequate promotion and general industry red tape, the album never really got off the ground. Since then they have been dropped by Star Trak, and have been quiet on the scene for 2+ years now. Guys, get it together, the music was too good.

Spymob- It Gets Me Going
Buy