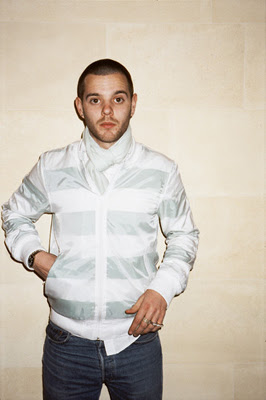 I’ve enjoyed all of The Streets’ 3 records, but it’s only at certain times when I go dig them out and play them again. Now is one of those times. I have just had enough with American hip-hop radio. “This Is Why I’m Hot,” “Walk It Out,” and “Laffy Taffy” is the worst kind of shit out there, in any genre.

Mike Skinner is LIGHT YEARS ahead of his American counterparts in lyrical content, flow and storytelling ability. Even the beats are more interesting. On “Blinded By The Lights,” a narrative about trying to find his friends on a crowded rave, the trance beat even slows up when he talks of his ecstasy pill finally kicking in.

On “Could Well Be In” and “Its Too Late,” he speaks of relationships with girls in very venerable and human terms. He has issues and he hopes that it won’t interfere with these relationships with women that he genuinely cares about. Granted it’s not as exciting as “making it rain” $100 bills on hoes in strip clubs, but definitely more interesting and easy to relate to.

“Turn The Page,” the first track off his debut Original Pirate Material is simply a banger, announcing his arrival as the torchbearer of British Hip Hop.

The Streets- Blinded By The Lights
Buy

The Streets- Could Well Be In
Buy

The Streets- It's Too Late
Buy

The Streets- Turn The Page
Buy
Posted by mikerog at 11:39 AM