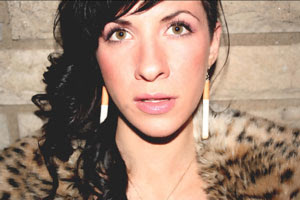 I am going to profile a few up and coming female rappers who are really bringing a fresh sound and attitude to the game.

The debut album from Ms. Amanda Blank that is due out this year is definitely one of my most anticipated albums of 2007. After showcasing her skills on Spank Rock's album along with various mixtapes, Amanda is now in the studio working on her own shit. She combines the nastiness of Lil Kim with the fast rapping ability of Twista, and her songs always manage to wreck dancefloors and have those not in the know asking "who is thisssss!?"

Amanda Blank- Get It Now